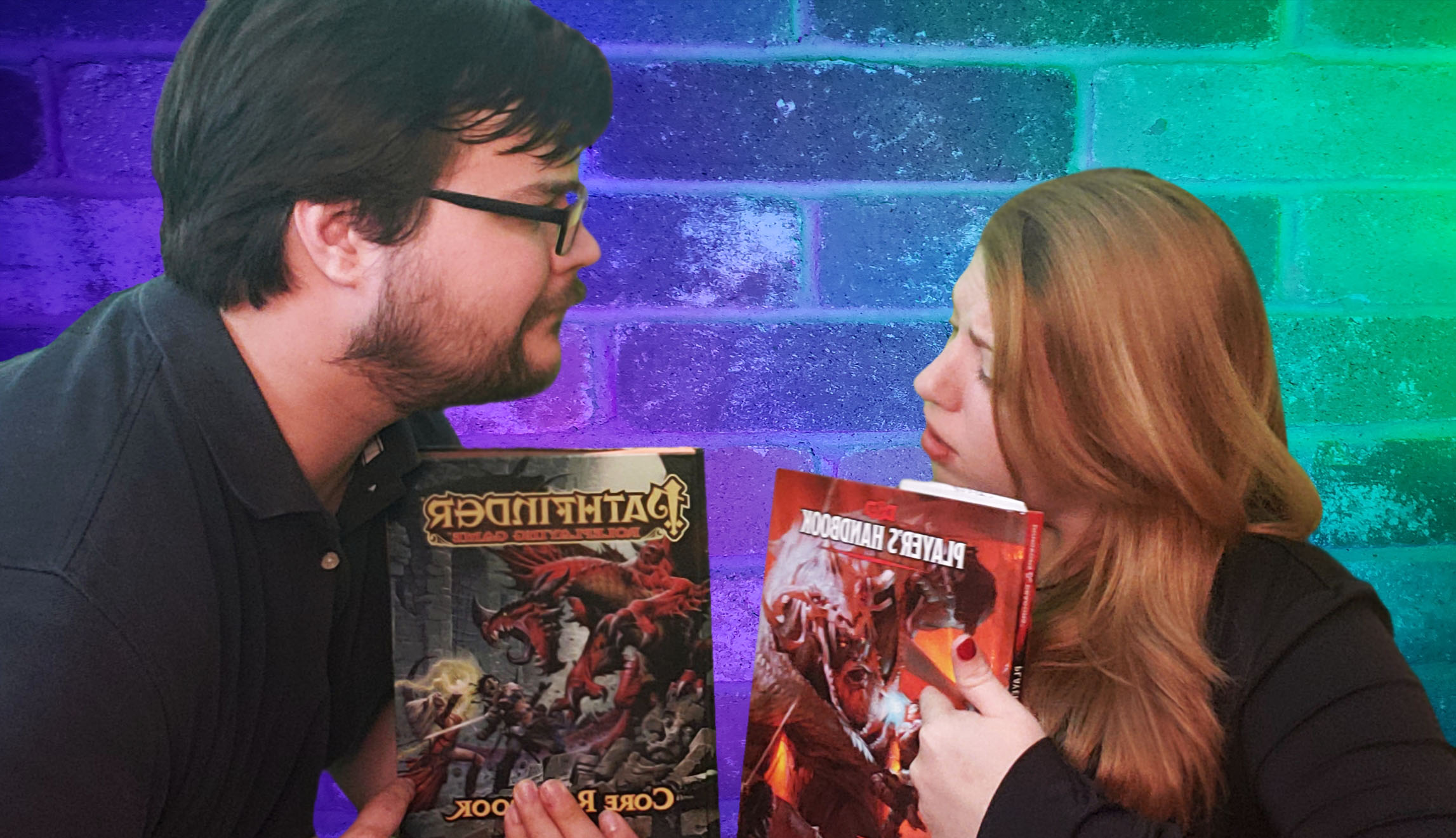 5E vs Pathfinder, which is right for your table? In this video, we discuss these two systems so you can pick. This isn’t a “which is better?” video because they are both great systems. However, most people prefer one over the other based on their play style.

5E is the system for most popular D&D streaming shows. I believe the popularity of Critical Role has created a new wave of players. These players would probably prefer 5E since that is what they are use to watching.

Aside from that, players and DMs alike usually state that it is a better system because Pathfinder can be excessively complicated. 5E is well structured and balanced where as Pathfinder might need more legwork. As we discussed in our DMing 101 video, we both think 5E is a better choice for newer DMs for this reason.

The beauty of D&D is YOU make the rules if you want. We say we have Pathfinder games, but a lot of 5E elements have been integrated so its more of a mashup system. We are curious to see how Pathfinder 2.0 will be.

As a player, I love Pathfinder because of my customization options on my character. Its limitless! I love making flavorful characters rather than powerful ones, I’m here for the story. But as a new player, it was pretty complicated and I was so lost. I couldn’t have built my first character without Wyatt’s help, it was just too confusing. 5E is much more straightforward.

I hope this 5E vs Pathfinder video helps you decide which system is a better fit at your table.